Recalling a Buddha: Memories of the Sixteenth Karmapa 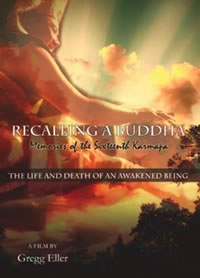 A conversation with Jetsün Khandro Rinpoche is included in this 2009 film by Gregg Eller. It is the life story of the Sixteenth Karmapa as told by those close to him in Tibet, the generation of teachers that he trained and many others that he touched. This feature-length film looks closely at enlightened qualities and examines them in the context of historical events such as the fall of Tibet and Tibetan Buddhism’s migration to the West. How Karmapa lived and how he died gives us the example of an awakened being: a person with a noble heart.


This title may be purchased through Amazon»

Introduction to the Film

For many years you have been listening to teachings, receiving numerous empowerments, studying on your own, and being blessed with the kindness and wisdom of many, many teachers. Now it is essential to really focus and begin to work with that—accurately, so there is no discrepancy between the view and meditation.