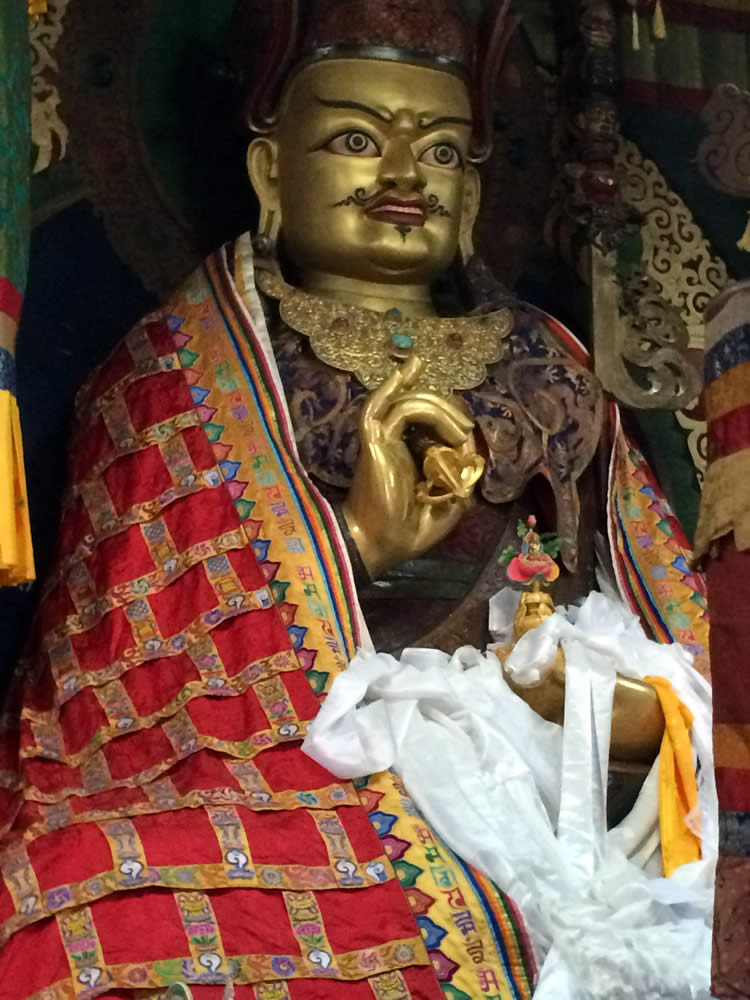 The entire country of Bhutan has been shaped by the immense blessings and remarkable activities of Guru Rinpoche who came to the area in the 8th century. Through his countless manifestations, every mountain, cliff, lake and forest has been blessed—something that can be immediately sensed by the pilgrim who steps into this sacred land. In this year of the Fire Monkey, the anniversary of the birth of Guru Rinpoche, Mindrolling Jetsün Khandro Rinpoche, through her immense kindness and courage, undertook the organization of an unusually large pilgrimage to this sacred land for the immeasurable benefit of the Mindrolling sangha worldwide.

When Rinpoche announced the pilgrimage in November, there was an unexpected and overwhelming response. After months of coordination between Rinpoche, the Bhutan tour coordinator, Tenpa Choephel, the Mindrolling Bhutan coordinating team and over 160 monastics and sangha members, the pilgrimage got underway in New Delhi, India on March 22. Sangha members had traveled long distances from the US, Europe, India and Taiwan. Everyone now gathered in the hotel in Delhi for a lovely dinner hosted by the Mindrolling Family and an orientation to the pilgrimage.

Rinpoche greets everyone at the hotel in Delhi on the eve of the pilgrimage.


Please note that photos were strictly prohibited inside most shrines and museums.