Rinpoche led the group to several sacred sites in the Chökhor valley. The first stop of the day was at Jampa’i Lhakhang built by King Songsten Gonpo in the 7th century – one of the Tadrol temples which were constructed during his reign. Following a hike across the Chamkhar River by means of a swaying suspension bridge, the group reached Tamshing Lhakhang, a temple built by Tertön Pema Lingpa in the 16th century. It was then a short hike to the site of Konchogsum Lhakhang, built in the 8th century by King Trisong Deutsen, where the group also visited the magnificent new lhakhang currently under construction at that site.

Click on the first thumbnail to begin the slide show 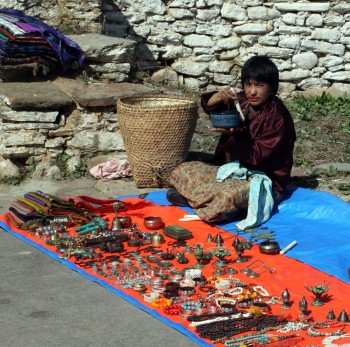 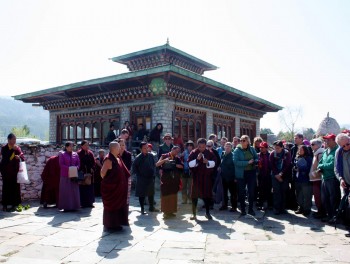 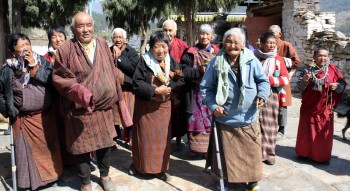 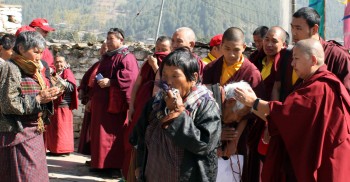 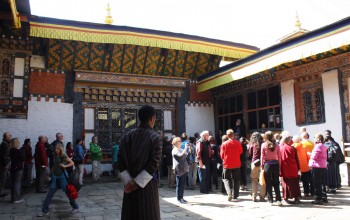 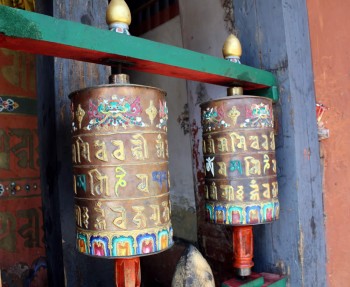 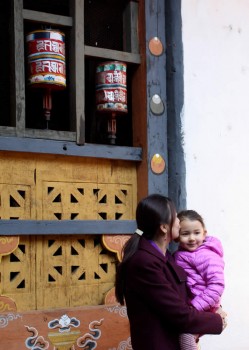 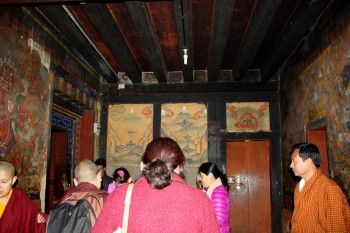 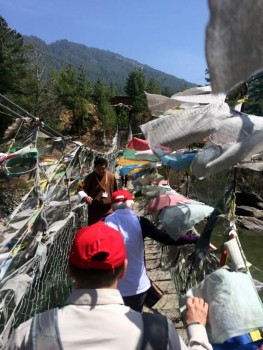 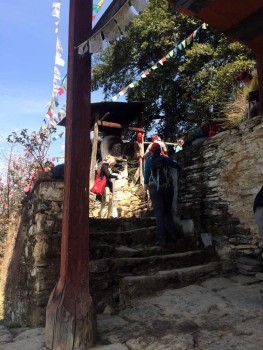 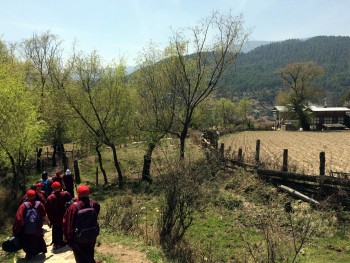 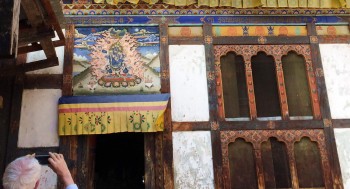 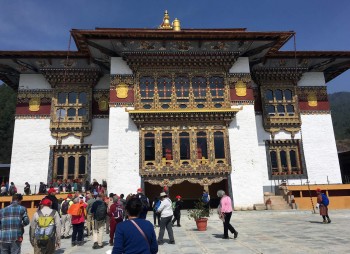 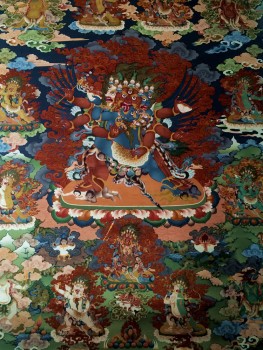 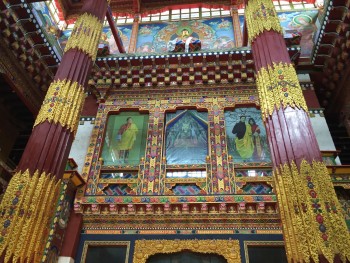 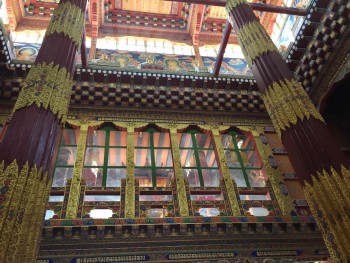 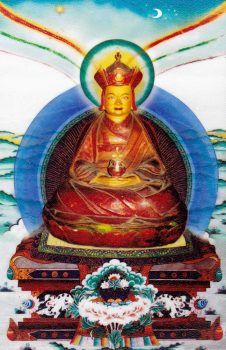 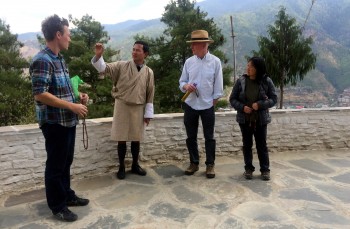 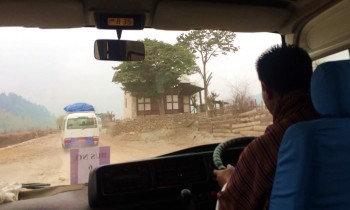 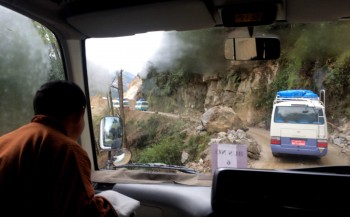