The Blessings of Precious Teachings and Sacred Sites in Sikkim 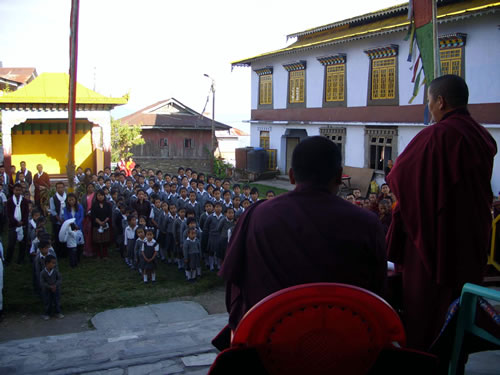 HE Jetsün Khandro Rinpoche addressing a group of school students and their teachers at Pema Yangtse.