The Mindrolling sangha is deeply saddened at the parinirvana of the great master of the Nyingma School, Kyabje Dungse Thinley Norbu Rinpoche, who withdrew his consciousness into the expanse of dharmata on the 27th of December, 2011. 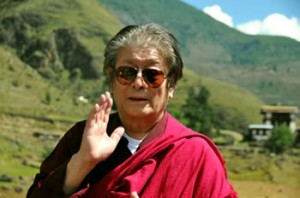 Jetsün Khandro Rinpoche has directed the sangha to offer prayers and practice the Vajrasattva sadhana in the days following the parinirvana of Kyabje Thinley Norbu Rinpoche. Mindrolling Lotus Garden will be scheduling a practice of the Vajrasattva sadhana (Minling Dorsem) for Kyabje Rinpoche within the next few days. Details will be announced as soon as they are available.